All you need to know about CBD cannabis

The discovery of Cannabis

The first documented use of Cannabis dates back to about 5,000 years ago. Several cultures have approached this plant with fantastic properties. In some archaeological excavations dating back to the Neolithic, hemp seeds have been found to be used by farmers who exploited the adjacent land on the Yellow River and on the Wei River (Central-Western China). This is because the cannabis plant has always had multiple uses and applications, from being exploited for its fibers resistance to being adopted as medicine as well as for recreational and ceremonial uses.

Legend has it that the therapeutic properties of cannabis flowers and leaves were discovered by pure chance by a farmer of the time, who, by burning brushwood among which there were also cannabis plants, after breathing the combustion vapors, realized that his body seemed lighter and his thoughts happier and more positive. From that moment on, the use of Cannabis became a habit and reached the court of Emperor Shen Nung, also called the "Divine Farmer".

The first documented use of Cannabis as a medicine, as a matter of fact, dates back to 2,737 BC. at the court of the same Emperor Shen Nung, The "Divine Farmer", who habitually used cannabis tea to relieve pain, gout, rheumatism, malaria, and even poor memory. Very quickly, the use of cannabis flowers spread throughout China, with Cannabis being used to treat many different ailments, from rheumatic to psychosomatic diseases, with the cannabis plant being used both as a medicine and as an aid to physical and mental relaxation.

Similar to other plant species such as rice or corn, Cannabis has been intentionally grown with particular genetic traits and for specific uses. To date, strains are DNA-based combinations of two or more genetics with a unique ratio of cannabinoids and terpenes (the molecules responsible for imparting different flavors and smells to herbs and spices). This, unfortunately, led to the extinction of the original cannabis plant, which is thought to have a maximum value of tetrahydrocannabinol (THC) of 2%, against the much higher values ​​of today ranging from 10% to 28% of THC.

Scientific facts about the properties of CBD

Cannabis consumption is based on the intake of the over 400 active ingredients it contains. In particular, there are two ingredients that most influence its effects: THC or Tetrahydrocannabinol and CBD or Cannabidiol. 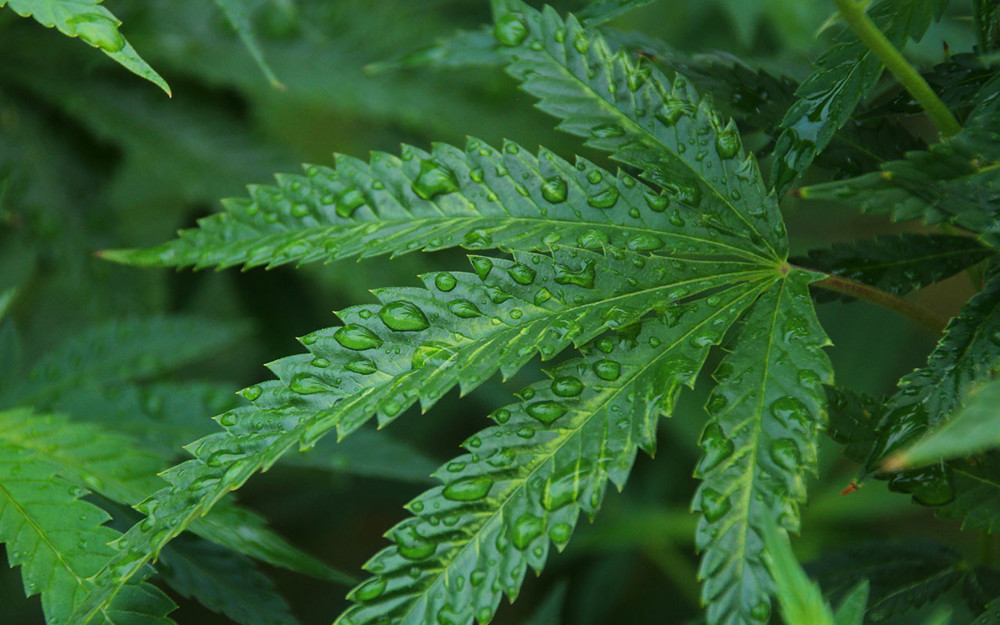 These two active ingredients of the cannabis plants have become increasingly popular in recent years. More and more people approach the fantastic world of CBD attracted by its various relaxing, therapeutic, and anti-inflammatory effects. The beneficial effects of CBD are very promising, and there are several scientific studies that confirm its benefits, but let's see together which are the main ones.

Relaxing properties: CBD increases the levels of the neurotransmitter AEA (Anandamide) that our chemical friends also call "Molecule of Bliss". This molecule is naturally present in our body but unfortunately is sometimes scarce or dormant because our body if weakened or tired, so the body tends to naturally produce less of it.

The active ingredient in CBD “wakes up” the neurotransmitter AEA by inhibiting the enzymes that break down the endocannabinoid system. By doing so, the body enters a state of natural and therapeutic well-being and relaxation that helps manage stress, sleep better, and think more clearly.

Anti-inflammatory and anti-pain properties: Many people suffer from inflammatory disorders, which cause pain and stress. These disorders can have a great impact on everyday life, take away concentration, and sometimes, if chronic, can lead to even mild depression. Often people opt for chemical and pharmacological remedies that relieve pain, but not all these remedies relieve inflammation.

The effects of “the good cannabidiol” CBD

As previously mentioned, the human body is naturally equipped with an endocannabinoid system, capable of regulating neuronal excitability. This is what allows our bodies to be susceptible to cannabidiol (CBD) when being directly stimulated by means of these receptors.

According to endless scientific studies in recent years, cannabis acts as a "regulator" of our endocannabinoid system, intervening in conditions that are already part of our organism. Simplifying: CBD regulation acts on the immune system or on a pre-existing inflammatory process, accelerating the recovery to an original condition.

People who consume CBD have a very wide range of CBD products at their disposal, some CBD products are taken through combustion, while others through the mouth, more precisely by absorbing the mucous membranes in the mouth, placed inside the cheeks and under the tongue.

The effects of CBD are often subjective, each person based on their age, weight, and lifestyle can have more or less immediate effects. For those who have never used CBD and would like to understand what effect it causes, we will try to explain it with a practical example. 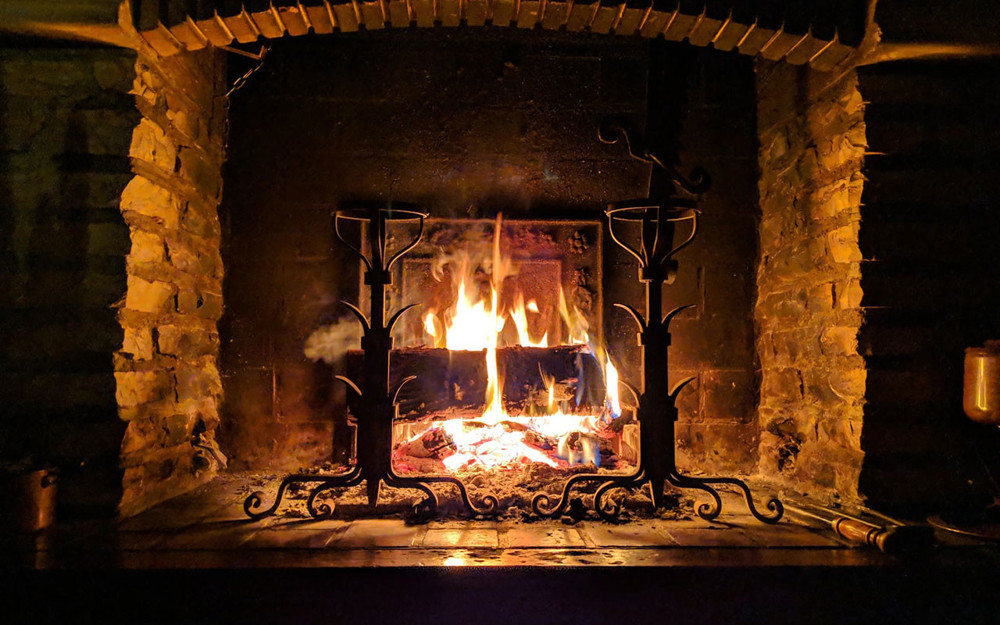 Have you ever been sitting by a fireplace after a day in the snow? The sensation that often occurs when taking CBD can be compared to the effect of heat and muscle relaxation that occurs in front of a fireplace, it is obviously an extremely pleasant and relaxing sensation, which relaxes the muscles and the mind. Often this feeling of warmth is concentrated on the upper part of the body, such as the neck and shoulders, giving the person who uses CBD an absolute feeling of relaxation.

The short answer is, No. CBD and more precisely the cannabidiol compound (CBD) found within cannabis flowers and leaves, is a natural component of the cannabis plant. Current scientific evidence, while in its infancy, suggests that CBD itself does not appear to be addictive, nor does it have psychotropic effects on the brain.

Researchers, professionals, doctors, and scientists all over the world have long been studying the potential benefits of cannabidiol, which unlike its counterpart Delta Tetrahydrocannabinol (THC), has no psychotropic effects. It has also been established that both compounds, whether psychoactive or not, are not addictive, and this may be since CBD does not have intoxicating effects on the human cerebral cortex.

There is preliminary evidence that CBD aids in detoxification processes, helping the body eliminate addiction to drugs such as benzodiazepines or psychiatric drugs, while also helping to prevent relapse after a period of alcohol use detox. The authors of this study published in 2015 found strong evidence that CBD can also help cure nicotine addiction and other addictive behaviors. Another more recent study (2018) from research led by Prof. Chandni Hindocha of the UCL Clinical Psychopharmacology Unit at the University College London, found that after just a single dose of CBD treatment, heavy daily smokers found smoking-related cues - such as seeing friends smoking - less visually attention-grabbing. As visual cues often trigger relapses in those who have quit, the research concludes, CBD could help people stop smoking.

Further medical research, this time led by several French universities and research centers, recently published a 2019 paper on the topic of CBD and alcohol dependence, concluding that CBD could be used for various purposes in alcohol use disorder (AUD) and alcohol-related damage on the brain and the liver. This recent research follows up an interesting American study called "Addiction", published in 2017 in the Drugs and Alcohol Dependence Journal. Thirty-one regular and healthy cannabis users participated in this study, receiving oral doses of CBD, and the research found that cannabinoids had no effect on blood pressure, heart rate, or cognitive function, usually effects that lead to addictions to the body. The same researchers also found that subjects could tolerate up to 1,500 mg of CBD per day without major problems. Also, compared to THC, cannabinoids do not affect motor or mental functions. 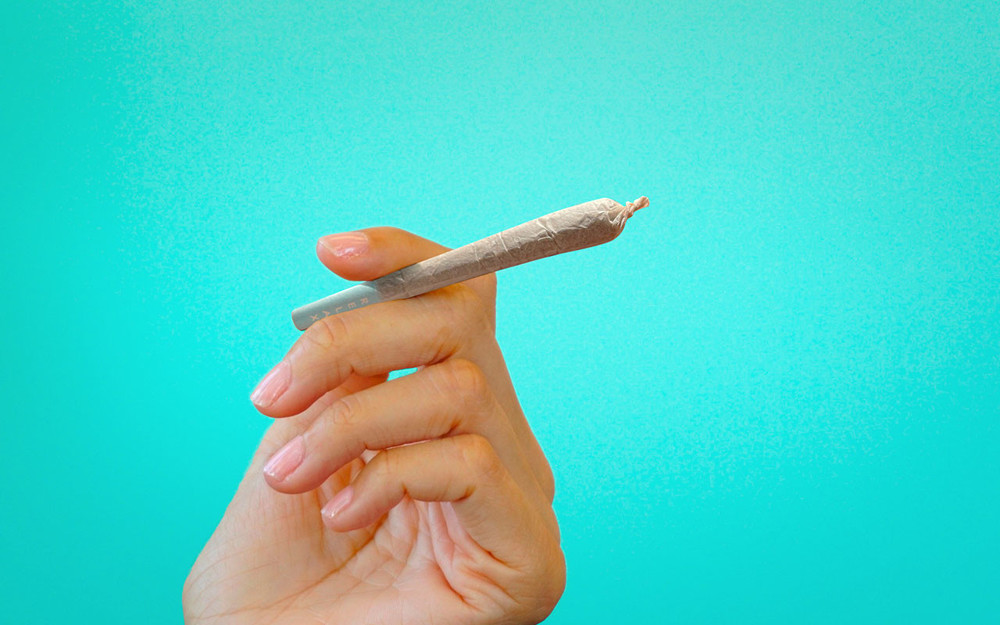 A preliminary assessment report published in 2017 by the WHO (World Health Organization) found that CBD is not associated with potential abuse, subsequently, the WHO stated that CBD is not addictive, is generally well tolerated, has no symptoms of withdrawal, and has a good safety profile, recommending states to remove CBD from the list of controlled substances. More recently, in December 2020, the United Nations Commission for Narcotic Drugs, a UN Commission based in Vienna that includes 53 member states, following the World Health Organization guidelines, voted to remove marijuana for medical use from a list of the riskiest narcotics, such as heroin and cocaine.

With a simple but very effective 2019 resolution, the Italian Court of Cassation (Corte di Cassazione) defined that legal hemp is devoid of doping efficacy, therefore it is not comparable nor must be associated with drugs.

In brief – CBD cannabis is a product that has no contraindications, is not addictive (unlike nicotine or alcohol), causes a pleasant relaxing effect on the body, and is totally safe to use.

Do you feel intrigued, and you want to give CBD a try? If you want to try CBD-based products, we recommend starting with the products of the MA True Cannabis RELAX CBD product line, consisting of high-quality CBD flowers, and pre-rolled joint without tobacco with inflorescences mixed with Scutellaria and Lavender officinal herbs, expertly selected to their incredible relaxing and anxiolytic properties. Also, try our broad-spectrum CBD oils – our RELAX CBD oil in a mix of MTC oil with Lavender and Bergamot essential oils will make you fully appreciate the effects and benefits of our CBD legal hemp extracts. Just check out our online shop to choose your favorite among our full line of high-quality CBD products.