Cannabis for the prevention of COVID-19

Incredible news in the research against covid-19

Cannabinoids, especially CBD, have been under the magnifying glass of scientists for years. There is a lot of research related to the benefits of CBD, its anti-inflammatory properties, and its new role in the treatment of chronic pain.

Cannabis, however, does not only produce CBD and THC, which are by far the cannabinoids best-known to the public. Two more molecules produced by the cannabis plant came under the spotlight recently, thanks to a study carried out by Professor Van Breemen, together with his colleagues at Oregon State University and Oregon Health & Science University.

The study, published in the "Journal of Natural Products", and titled: "Cannabinoids Block Cellular Entry of SARS-CoV-2 and the Emerging Variants" focused on CBDA (cannabidiolic acid), CBGA (cannabigerolic acid), and on their interactions with the SARS-CoV-2 virus, concluding that these two cannabinoids can help prevent SARS-CoV-2 infection.

Cannabis and Cannabinoids: these strangers

When we talk about cannabis, we refer to a plant originally native to Central Asia, used as a source of textile fibers and as an ingredient in folk medicine since the beginning of time. Over the years, cannabis has gained popularity thanks also to the different ways in which it can be used.

Only very few elements of the cannabis plant have been studied in-depth, therefore their possible applications in the therapeutic field are largely yet to be discovered. 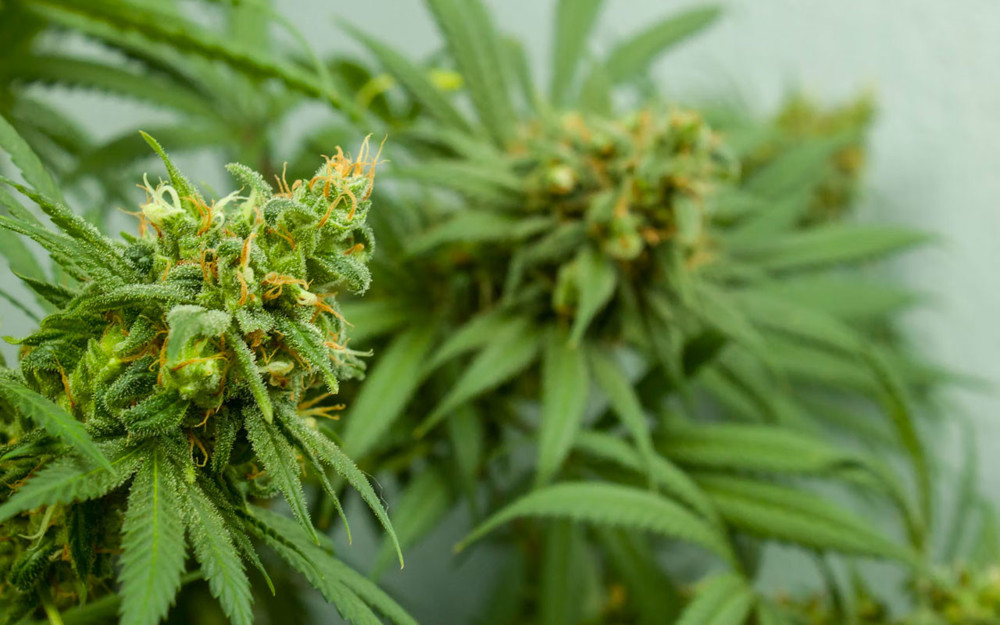 Professor Van Breemen and his team at the Health & Science Division of the Oregon State University, focused his research on two of the lesser-known cannabinoids, CBGA and CBDA, finding that these two cannabinoids can prevent the COVID-19 virus from entering human cells: CBGA and CBDA are in fact capable to bind with the SARS-CoV-2 spike protein.

The researchers found that, for the same reason that vaccines and antibody-based therapies work, this link prevents the virus from infecting human cells. Extremely important in the context of this study, the researchers said these cannabinoids would also be effective against new forms of the virus, which they called "a key concern for health authorities and doctors during the epidemic".

During the experimentation, the scientists discovered that the CBDA and CBGA molecules inhibited the action of the emerging variants of the virus that causes COVID-19. More to it, these hemp compounds were equally effective against the variants of SARS-CoV-2., including variant B.1.1. 7 (Delta variant), which was first detected in the UK, and variant B.1.351 (Omicron variant), which was first detected in South Africa. 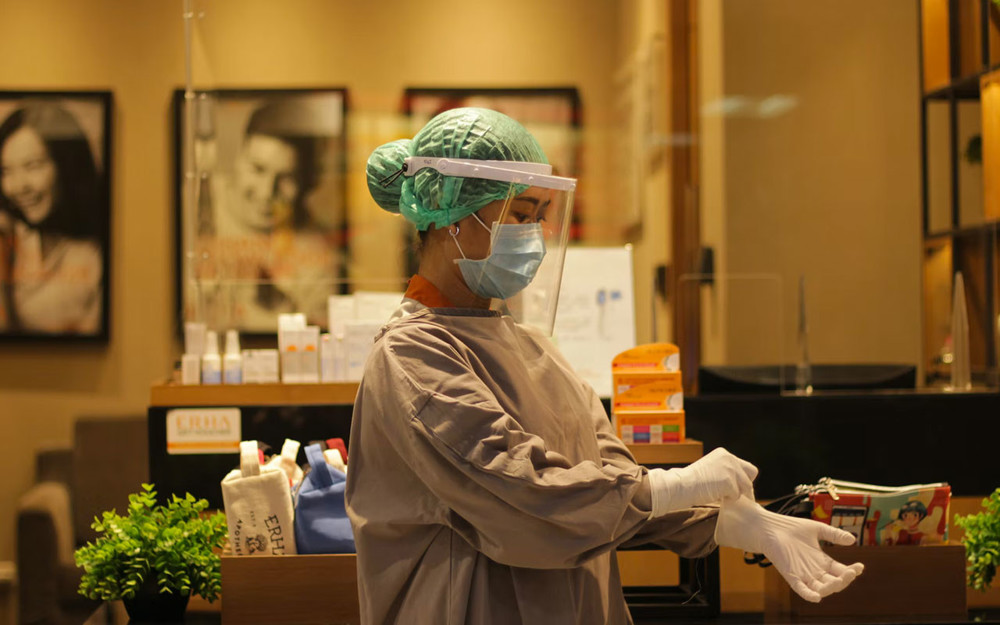 "Any element of the cycle of infection and replication is a potential target for antiviral intervention", said van Breemen. Linking the binding domain of the spike protein receptor to the human cell surface receptor ACE2 is a vital step in that cycle, suggesting that cell entry inhibitors, such as hemp acids, could be employed to prevent infection with SARS-CoV-2 and to reduce disease by preventing virus particles from entering human cells. "They attach themselves to spike proteins, preventing them from binding to the ACE2 enzyme, which is prevalent on the outer membrane of endothelial cells in the lungs and other organs".

Van Breemen further stated: "These cannabinoid acids are abundant in cannabis; they are not restricted chemicals, like THC, and have an excellent safety profile in humans". Although more research is needed, van Breemen said cannabinoids can be converted into drugs to prevent or treat Covid-19. "These chemicals can be taken orally and have a long history of safe use in humans, we have the potential to prevent and treat SARS-CoV-2 infection". All this opens new possibilities for the prevention and treatment of the disease that has been causing discomfort around the world for a long time now.

One of the most exciting things about this research is the fact that there is a multitude of CBD cannabis products out there. These products have been used for years now and there are no known negative side effects. This makes these the CBDA and CBGA cannabinoids, which have the potential to prevent SARS-CoV-2 infection, readily available right now.

However, it should be specified that Professor Van Breemen’s experiment was performed on human cells cultured in vitro. We do not know if the result is replicable in a living human organism, for example in the case in which the CBDA and CBGA are inserted into the bloodstream with the classic methods of cannabis use. More experiments and clinical trials will certainly be needed. 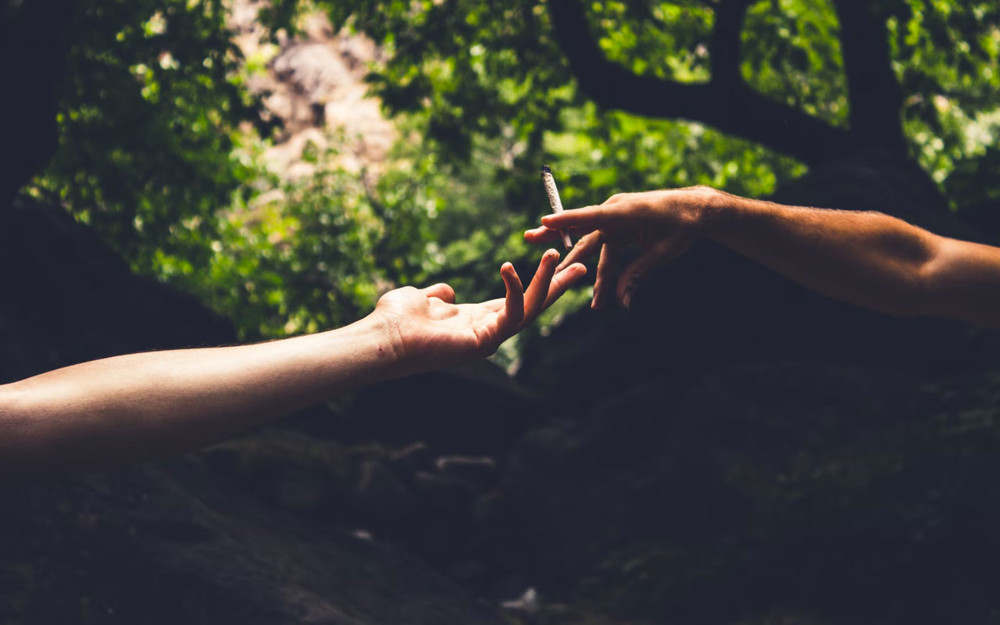 How can I get CBDA and CBGA?

As we have already pointed out, cannabis contains a very large number of cannabinoids. But how can we guarantee we are getting CBDA and CBGA too? The solution might seem very simple, and many might think that the obvious way is by smoking cannabis or taking oil created by extraction from the flowers of the plant. It is actually a bit more complicated than that.

CBDA and CBGA are in fact the precursors of CBD and CBG, respectively. During the life cycle of the plant, the two precursors are transformed into the "final" cannabinoids. This happens completely naturally but leaves very low amounts of CBDA and CBGA in the product for the consumer to use.

It should also be specified that if you intend to consume cannabis by smoking it, the chances that CBDA and CBGA reach our body are extremely low: when we smoke cannabis, combustion raises the temperature of the product beyond the minimum required for the so-called decarboxylation process. The decarboxylation process transforms the "precursor acids" such as CBDA, CBGA, and THCA, into their finished product – respectively into CBD, CBG, and THC - thus defeating the intention of absorbing the precursors into one's body.

A better solution could be to use non-decarboxylated cannabis oils, which would therefore retain all the elements present in the plant at the time of extraction. However, there are very few products available on the market that do not undergo this treatment in production.

We must therefore wait for the cannabis industry to start creating special products that are not decarboxylated, or with the addition of isolated CBGA and CBDA. In the meantime, we offer all our kudos and moral support to Professor Van Breemen and his Oregon State University team, hoping his research will proceed steadily towards a viable and accessible solution in the fight against coronavirus.