CBD for CEOs (and, in general, at work)

Before we get into the different ways CBD can offer benefits at work, it must be said that much evidence on the use of CBD has yet to be supported by solid and scientific research. That said, there is indeed a lot of anecdotal evidence and reported user experience that shouldn't be ignored. Most CBD cannabis users have experienced and reported various types of positive effects, such as:

CBD is usually adopted as a sleep aid or as a stress reliever to better manage one's family/career. What is certain is that over the years science has undoubtedly proved the positive effects of this molecule on the body and mind. Its relaxing effects not only help the mind to manage anxiety but also help the body to relax the muscles giving a natural and healthy feeling of relaxation.

It is no coincidence that in the last 20 years we have witnessed large-scale exploitation of the CBD molecule, and in parallel, more and more farmers decide to devote themselves to the cultivation of CBD cannabis, given the increasingly high demand in the market.

Can you imagine what it would be like to start the day with a pinch of CBD to stimulate creativity and concentration? Well, it's a trend that already started long ago - who would have guessed - in Silicon Valley, and is slowly but widely spreading in the business world. 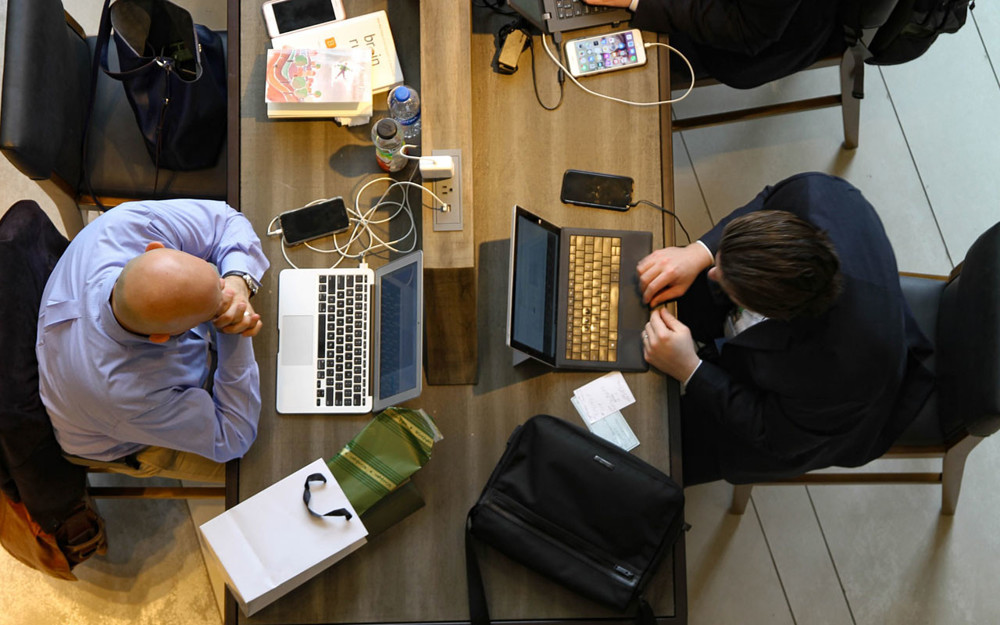 Well yes. But we're not talking about “Wolf of Wall Street” antics here. People are taking a much more thoughtful and controlled approach: it is not about getting high, it's about limiting distraction, staying focused, and increasing the level of perception as well as creativity.

Of course, smoking cannabis at work is not mainstream at all, mainly because it's illegal in many cases. However, this is not new. In 1988, during a government background check, Steve Jobs publicly admitted: “The best way I would describe the effect of the marijuana and the hashish is that it would make me relaxed and creative.” And we know that his company worked and still performs well.

Cannabis has often been associated with criminals and derided as dangerous, but times have changed, and today scientists are on a journey towards a better understanding of the relationship between the cannabis plant’s main molecules, both THC and CBD, and the way the human body and our biological systems interact with them. The medical field is just beginning to understand the benefits and effects of cannabis on the human body and psyche, and an increasing amount of research is expected to study the specific effects of certain cannabinoids and endocannabinoid systems. 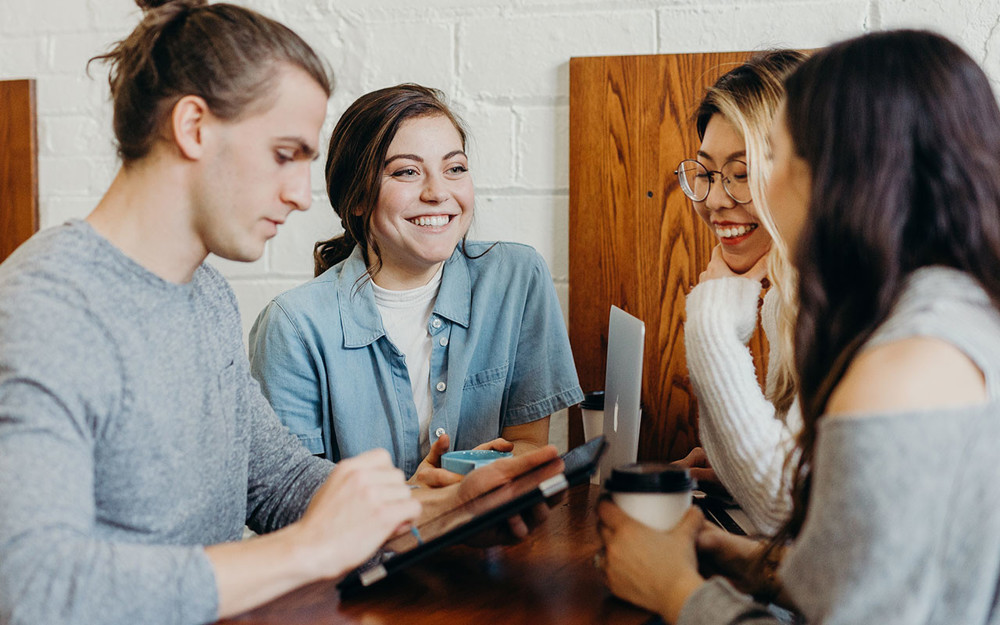 Managing a company, as you can imagine, can be very stressful for CEOs, as well as for anybody in key roles within the company. All the decision-making is up to you and at the end of the day, you also must pay people's salaries.

Research has proven that CBD can help increase serotonin levels in the brain and thus help reduce stress. A study on public speaking anxiety, dating back to 2017, showed that small doses of CBD significantly reduced anxiety levels in speakers before they stood in front of the public. The study, published in the Brazilian Journal of Psychiatry, tested how CBD influences anxiety in a simulated public speaking setting, “a well-tested anxiety-inducing method.”

If you want to feel calmer at work, try CBD. By reducing stress, you also decrease anxiety, thus, your interaction with the work team will become more enjoyable for all staff members. 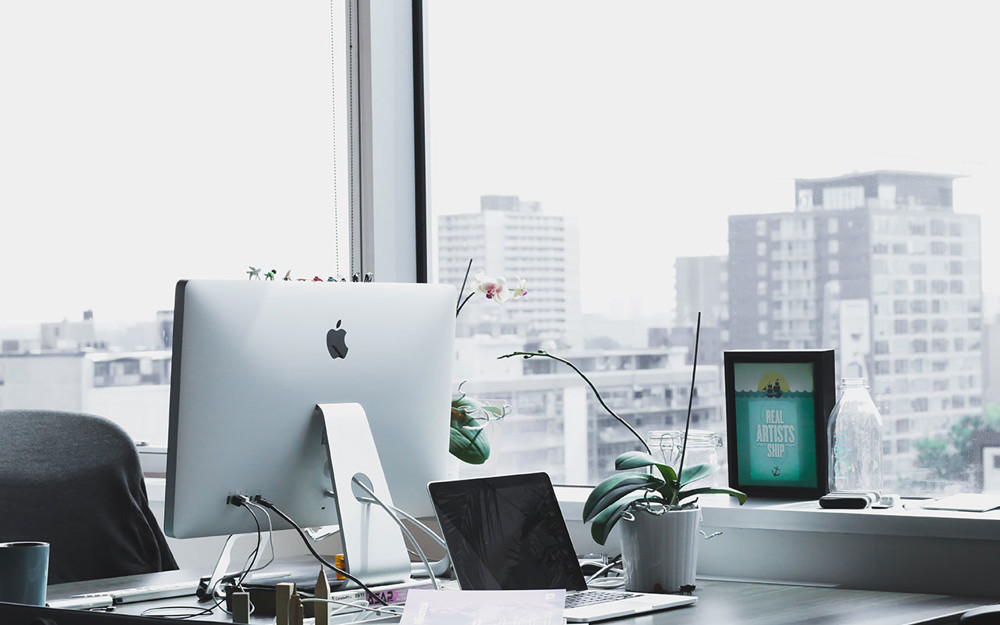 CBD helps you stay focused (and it’s a natural process)

When human opioid receptors were discovered in 1973, the idea of ​​cannabinoid receptors was not considered. In the early 1990s, chemists finally isolated the first endocannabinoids from the human brain. Since then, the development of cannabinoid tests has allowed researchers to delve into how cannabinoids work in the body.

The endogenous cannabinoid system is an important physiological system involved in the establishment and maintenance of human health. Over time, researchers have learned more about this system and the role it plays in bodily functions. Medical science is still learning a lot as these studies are relatively modern, but several diseases have been found to be related to the dysregulation of this system, the so-called clinical endocannabinoid deficiency.

This is due to the ability of the endocannabinoid system to play a crucial role in maintaining homeostasis in the human body which includes the brain, endocrine, and immune systems, just to name a few. To begin with, the endocannabinoid is a regressive system that acts as a post and pre-synapse, allowing it to be the body's main regulator thanks to metabolic enzymes, all of which are important molecular systems used by the body to maintain homeostasis.

The presence and critical function of the endocannabinoid system in many systems of the body, including the nervous and immune systems, helps regulate our responses to pain, appetite, digestion, sleep, mood, inflammation, and memory. In many cases, these functions are designed to maintain the balance necessary for an organism to survive, which explains why a variety of diseases and conditions respond very well to cannabis-based medical treatment by affecting the frequency of cannabinoid receptors located in the immune cells and neurons. Because cannabinoids are synthesized and broken down, they do not remain in large quantities in the body, making cannabinoid (CBD) therapy a safe alternative to opioids and benzodiazepines.

Endocannabinoids (or cannabinoids) are also found at the interface of the different systems of the body, allowing communication and coordination between different types of cells. Endocannabinoid receptors are concentrated in the brain, but also in nerves and tissues throughout the body. In some research, cannabinoids have been found near skin lesions, thought to reduce the release of activators and sensitizers in damaged tissues, stabilize nerve cells, prevent excessive discharge, calm nearby immune cells, and prevent the release of pro-inflammatory substances.

In small doses, CBD can stimulate alertness and reduce daytime sleepiness. The natural consequence of being less stressed translates into greater concentration. Without those little worries that haunt you, you're much more likely to give full attention to what needs to be done. At work as well in your daily life.

How? By reducing the possibility of sleepiness throughout the day, CBD keeps circadian rhythms, i.e. sleep-wake cycles, in sync. By doing so, when the time comes, you sleep much better.

Going back to its stress-relieving effect, this should mean your mind is less likely to be clouded with anxious thoughts as you try to fall asleep. Additionally, thanks to its anti-inflammatory benefits, CBD can also reduce the pain that often hinders a healthier sleep. 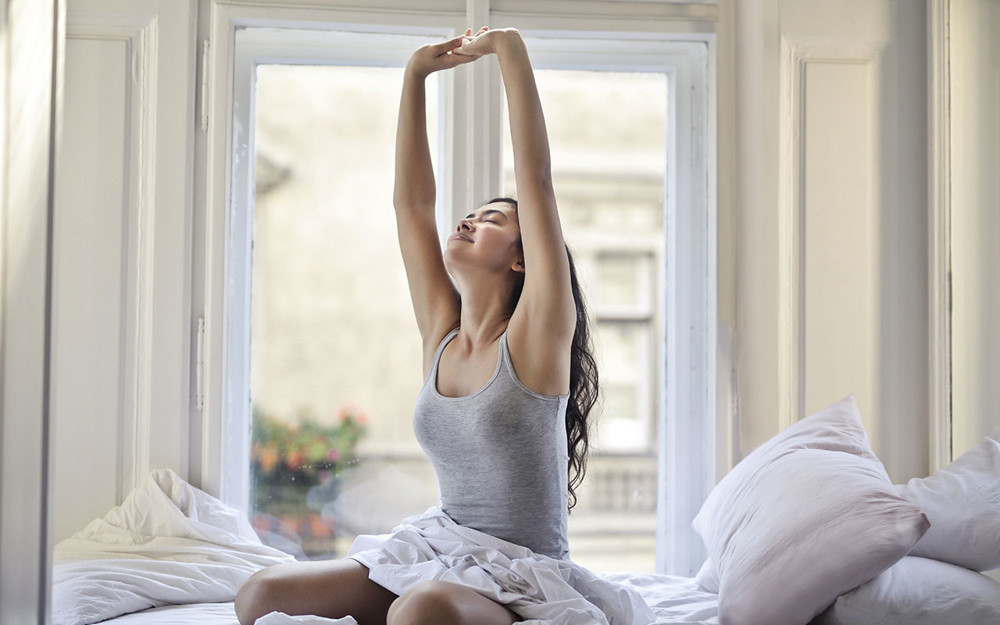 In conclusion, success in business, as in sport, is often a matter of details, and of small tricks to strive for one's optimal skills. Whether you need to clarify your ideas to make important decisions, or you want to eliminate some of the daily work stress, CBD could be the key.

Haven’t tried CBD yet? Then we suggest exploring our online CBD shop, where you can find our four varieties of organically grown CBD cannabis that we have selected not only in terms of the best quality but also thinking of the mood that you want to achieve with CBD. At our CBD cannabis shop, you are totally covered, either you are looking at CBD to help you get in a relaxed mood, in a mood that helps you create, if you are looking for a sparkle of excitement to party, or if you just need some help to get a replenishing night of sleep.